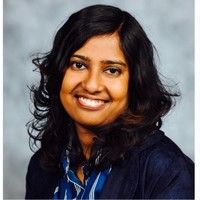 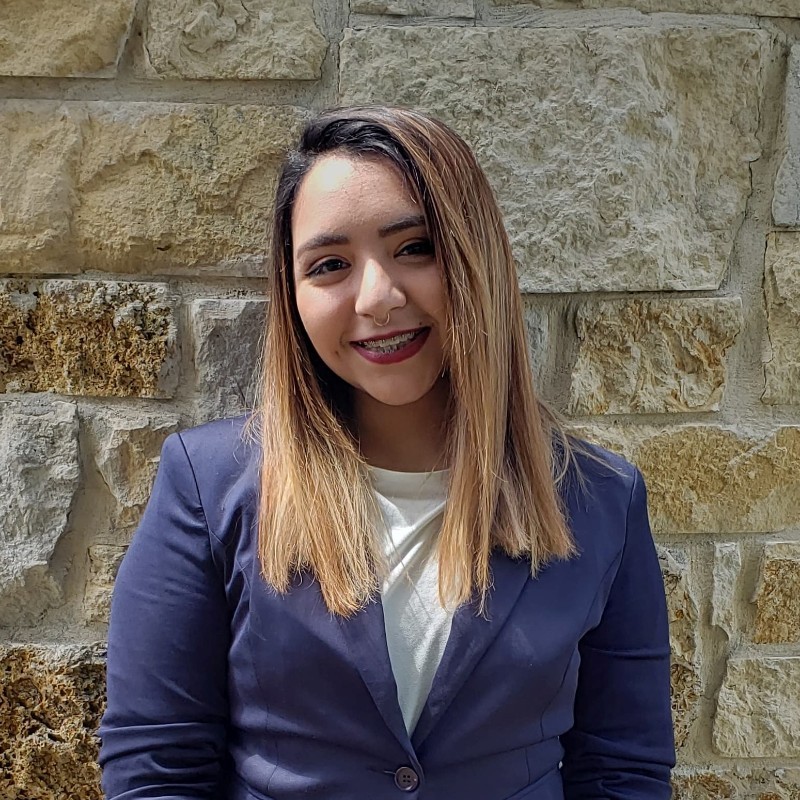 Vaccines in the time of Corona

Since we have put the “vaccines are dangerous” topic to rest in Part 2, let us focus on how vaccines work?

The basic principle is simple. Vaccines work by training your immune system with the help of dead or weakened pathogens ( not capable of causing the actual disease) to create antibodies, agents that can stop a bacteria or virus when you are exposed to the actual pathogen. It is comparable to a fire safety drill, but in this case, the drill is to prepare your immune system.

What about the anti-vaxxers favorite topic – Thimerosal and Aluminum in vaccines?

Thimerosal is used in vaccines to stop the growth of bacteria and fungi. It is ethyl mercury, which is very different from methyl mercury (compared to ethyl alcohol which makes us tipsy whereas methyl alcohol will make us blind if we consume it). Ethyl mercury does not persist in the body and is very quickly eliminated compared to methyl mercury (present in some fish and seafood). Several studies have shown no connection between thimerosal and autism. In 2001, FDA removed it from childhood vaccines as a preventive measure and to put public concerns to rest. Anti-vaxxers often use this as evidence “Why would they remove it if it was safe?” The answer to that is simple; if there are alternatives why not go with the safest one? And, make the public feel at ease with choosing vaccines for their kids. Our flu vaccines are still available in both thimerosal and non- thimerosal formulations and there are several countries which still use thimerosal containing vaccines. The FDA’s decision to remove Thimerosal from childhood vaccines comes from an abundance of caution and is in no way proof of the non-scientific conspiracy theories of anti-vaxxers.  Now let’s discuss aluminum. Aluminum, in very small amounts, is used as an ‘adjuvant’ (an agent that increases immune response; it’s like adding weights to your gym workout training except adjuvant does the same for the immune system) in vaccines. Aluminum is also found in a variety of foods and drinks such as fruits, vegetables, cereals, nuts, baby formulas and dairy products. The aluminum in vaccines is very low and non-toxic; in fact, we are exposed to aluminum more through our diets than through vaccines.

The world before vaccines

That was the world where children suffered from polio, diphtheria, tetanus, meningitis. Newborn babies infected with whooping cough suffocated to death. Some became deaf and some were blind due to corneal scarring from smallpox, and others spent their whole lives, fighting with disabilities due to deformities from polio. Now let us explain this with numbers:

In 1921, 15,000 Americans died from diphtheria, when there was no vaccine. Only one or two cases in decades are generally reported currently.

In 1964, the epidemic of German measles affected 12½ million Americans, with 2,000 babies dying and 11,000 women experiencing miscarriages. Since the advent of vaccines, that number has decreased to single digit positive cases per year.

What will happen if we stop vaccinating?

In 2011, 350,000 cases of measles were reported all over the world and 90% of measles cases in the U.S. came from foreign countries. The only barrier that prevented measles from becoming an epidemic in the US is that the majority of the Americans were vaccinated with the MMR vaccine. We know that a preventable disease can make a sudden comeback if vaccine rates start dropping, and that’s exactly why the anti-vaccine movement is so unethical and dangerous. Here is an example from Japan. In 1974, 80% of Japanese children were vaccinated against pertussis (whooping cough), with only 393 cases of whooping cough and only 1 whooping cough related death in that year. However, the immunization rate started dropping from 1974 and by 1979, we saw 13,000 whooping cough cases and 41 deaths. Thankfully, vaccination programs were able to get the disease under control.

What are the ingredients in the COVID19 vaccine? Is it the same as the traditional vaccines?

The COVID19 vaccines in the USA by Moderna and Pfizer are different from the traditional vaccines. It belongs to a new class of vaccines —the mRNA vaccines. The ingredients are as follows:

I will get COVID19 from the vaccine.

It’s not possible. There is no live virus. Compare it to a safety drill for your house and your husband dresses up as the intruder. Your husband suddenly will not change into a criminal, right? So it is impossible to get infected because the mRNA is the blueprint for only a very small part of the virus. It cannot make a whole active virus.

I will develop an extra limb, or my DNA will be changed from the vaccine.

Once the viral protein is made, our body gets rid of it. It never enters the place where our DNA is stored. The door is locked tight. Your job is done, now bye mRNA.

The COVID vaccines contain microchips to track me.

It's too fast, too risky,

It is true that the vaccine was developed in record time and long-term studies are not available, but scientists have been researching mRNA vaccines for years and for other diseases. Focus has also been on studying the spike proteins (found on the COVID19 virus) ever since the SARS outbreak. Further, due to the pandemic there was lots of funding support to carry out simultaneous trials. The chemicals used are also not new, traditional vaccines carry a lot of these chemicals. They are not toxic or dangerous. Our body already has salts, sugar, and lipids. There also have been trials on thousands of people, diverse populations, old people and even people with chronic medical conditions.

If it's all that great, why are there side effects?

Side effects (fatigue, headache, tummy issues) are almost good because that means your body is getting prepared. It’s practice before the big match. Your body is building immunity. They also observe you for 15 minutes after administering the vaccine to make sure you are not experiencing any big allergic shock.

Can I die from the vaccine?

Short answer is no, but honestly if you are healthy, that’s highly improbable. The reports of 1 or 2 people dying after the vaccine can be misleading and very rare, they may suffer from other underlying conditions. That’s why if you have medical conditions consult your doctor, don’t decide for yourself. The chance of you getting Covid19 and getting severely sick or dying are much higher.

What about the new variants?

A concern for researchers and the public is the efficacy of the vaccines against the new variants of SARS-CoV-2. With new variants spreading across the world, a main concern is that vaccines may not elicit adequate protection against infection and disease. Viruses commonly mutate after every replication, thus the best way to target a viral infection through vaccines is to target a component that is essential to its fitness, for example targeting S protein, which is critical for virus cell entry. While current COVID-19 vaccines target this component, mutations in the spike protein can make vaccines less effective; as observed with the new South African strain or the new double mutant strain in India. To elicit protection against these virus mutants, multivalent vaccines and live-attenuated vaccines may elicit stronger protection. However, these vaccine platforms come with their own safety concerns. A study demonstrated an RBD-Fc-based COVID-19 vaccine provided protection against SARS-CoV-2 and its mutants, SARS-CoV and SARS-rCoV. This vaccine, therefore, may have the potential to be a broad-spectrum vaccine to prevent infection of the emerging coronavirus. Additionally, more studies need to be completed on the vaccines that are currently being distributed, such as Pfizer and Moderna vaccine, and determine how efficacious they are towards the new variants.

What is Herd Immunity?

Getting vaccinated is not just about protecting yourselves but also protecting the people around you (some who may not be able to get a vaccine due to health reasons or might be more vulnerable to the disease for other reasons).

‘Herd immunity' or 'population immunity' is the indirect protection from a pathogenic disease in a population when most of the population is immunized. If the majority of a population gets vaccinated, the chances of someone getting exposed and spreading the disease lowers significantly. Herd immunity is a simple odds game, the more people are vaccinated the safer it is, and higher probability of defeating a disease.

This pandemic has shown us the importance of collaboration across all disciplines to defeat a common enemy threatening all of humanity. From policy making to vaccine development, the fight against SARS-CoV-2 and COVID-19 will require robust surveillance, tracking, and vaccine deployment worldwide. We personally feel anyone threatening the public health safety should be legally held liable. Free speech is not the license to spread misinformation. Also, vaccines keep our future generations safe. Imagine if our predecessors refused the smallpox or polio vaccine; we may not exist or if we exist, we may be suffering from debilitating diseases. The idea of questioning vaccines is a privilege given by the vaccines. Most of us have no experience of living in a world ravaged by measles, diphtheria, or smallpox.  If COVID 19 scares you, then imagine a world where these anti-vaxxers get their way, we will be fighting multiple pandemics at the same time.

Vaccines are one of the greatest and successful inventions of the medical community. So, do the responsible thing. Get the shot. The world and your future generations will thank you for it. Together let’s defeat this real pandemic of ignorance.

This article is for information purposes only. Consult a licensed medial provider for advice and treatment specific to you.

This article was written in the absence of any commercial or financial relationships that could be construed as a potential conflict of interest.

Brought to you by:
SciCom: Blog & Podcast
informing, educating, and inspiring about the importance of science